The Princess of Andes
What does wool from the camelid animal Vicuna have in common with printed circuits?

Wool from the camelid animal vicuna which lives in the high alpine areas of the Andes is the fiber for the rich ones.
It is worn by those who can afford a coat of USD 20,000. Five hundred years ago, the wool was reserved for the king in the Inca Empire. At the height of the Inca Civilization, the vicunas counted as many as one million animals before the conquistadors almost eradicated them.

15 years ago, in 2003, it was again allowed to sell vicuna wool, but only if the wool is cut from live animals. This benefits the communities, as only those who live in this harsh climate are allowed to cut and sell the exclusive wool.

The Picotani reserve is situated at 3500m above sea level and houses close to 10,000 vicunas. The reserve lies south-east of Peru near the border to Bolivia. The burning sun, the dry wind and the big temperature differences between day and night have helped create the finest animal hair in the world. Vicuna wool is a very soft, fine and exclusive wool cut from the lamb vicuna. The wool fibers are hollow and therefore very light and insulating.

Woolen facts
Wool fineness is stated in microns (microns = one-thousandth of a millimeter = 0.001mm).
The figure indicates the diameter of a single wool fiber, and describes the roughness of the fiber, with fine wool between 17 and 23 microns and used as a quality criterion.
When wool is perceived as stinging, it is due to the coarse fibers that do not bend away from the skin, but stick straight out.
The finer the fiber, the softer we experience it. Coarse fibers over 28 microns can give a stinging feeling.

Now you might be asking yourself, does this have anything to do with PCBs?
Well, you’ll find that some terms like thicknesses, microns and temperature fluctuations are the same.
But otherwise, ABSOLUTELY NOTHING.

PCBs are constantly developing, with smaller components, track, gaps not to forget the requirements for signal integrity and thermal challenges. We have to relate to them all, and follow up with new manufacturing techniques that are being developed, such as e.g. 3D printing.  But knitting/crochet/weaving of woolen PCBs, I do not think we will see it, at least not within this year. :)

Vicuna wool is considered as the world’s finest wool fiber.
A vicuna produces only 250 grams of hair every two years. After the coarser over wool is removed, you will be left with 120-150 grams of the finer underwool.
One animal can only be cut five times during its lifetime.
Wool from six vicunas is needed to make a single sweater, while a coat requires wool from as many as 35 animals.
Annual production of vicuna wool worldwide, is only about 5 tons, while for cashmere it is about 25,000 tons.
Vicuna wool is sold for between USD 399- 600 a Kilo, against USD 75-80 for cashmere and USD 5-6 for plain sheeps wool. 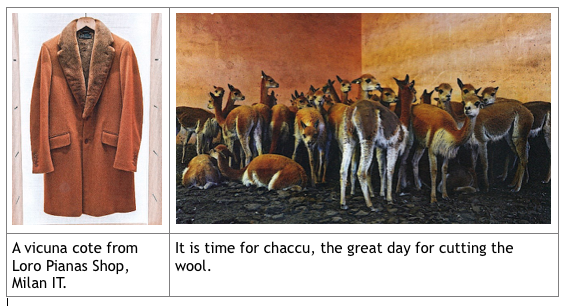 It’s summer in Norway now, but in just a few months, the temperature will fall and it will be autumn and winter. Again we will apply these stinging woolen garments to maintain a comfortable body temperature, maybe dreaming of the soft Vicuna wool, while working on our printed circuits.

Until then, I wish you all a great summer!
Josse

Battle of the formats

Pixabay Why a PCB-standard in the universe for Medical Device Applications is a hard nut to crack!

Elmatica Meeting up with the major defense players

Copper foil shortage, why, how and what to expect!

Want to join the discussion?
Feel free to contribute!

The Velocity of Technology- what does it really mean?

Elmatica – working our way to full digitalization
Scroll to top